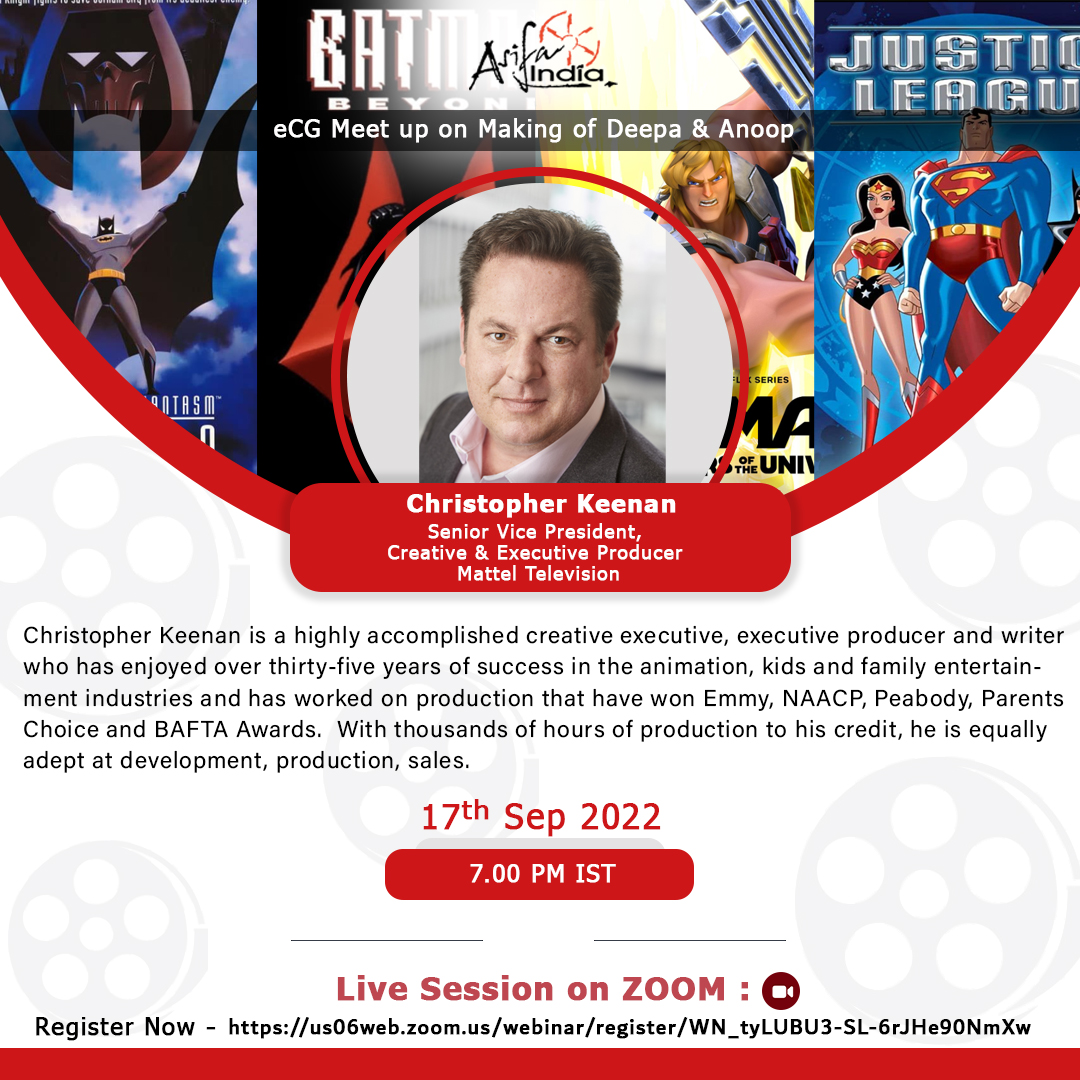 Christopher Keenan is creator of adventures of Deepa and her best friend, Anoop, which has recently debuted on Netflix

About the Expert-
Christopher Keenan is a highly accomplished creative executive, executive producer and writer who has enjoyed over thirty-five years of success in the animation, kids and family entertainment industries and has worked on production that have won Emmy, NAACP, Peabody, Parents Choice and BAFTA Awards. With thousands of hours of production to his credit, he is equally adept at development, production, sales.

Under his prior Creating4Kids, Inc. banner, Christopher Keenan’s projects included original preschool series, children’s animated and live-action properties and a children’s e-book series in connection with a diverse roster of global clients and partners. Earlier in his career, Christopher Keenan served as Senior Vice President of Creative Affairs for Warner Bros. Animation for nearly two decades where he led the development and production of television series and DVD features for original and franchise properties such as SCOOBY-DOO, JOHNNY TEST, PINKY & THE BRAIN, ANIMANIACS, BATMAN BEYOND, LOONEY TUNES, XIOLIN SHOWDOWN, MUCHA LUCHA, TOM & JERRY, STATIC SHOCK and was instrumental in the original launch of Kids’ WB!, the children’s programming service of The WB Network.