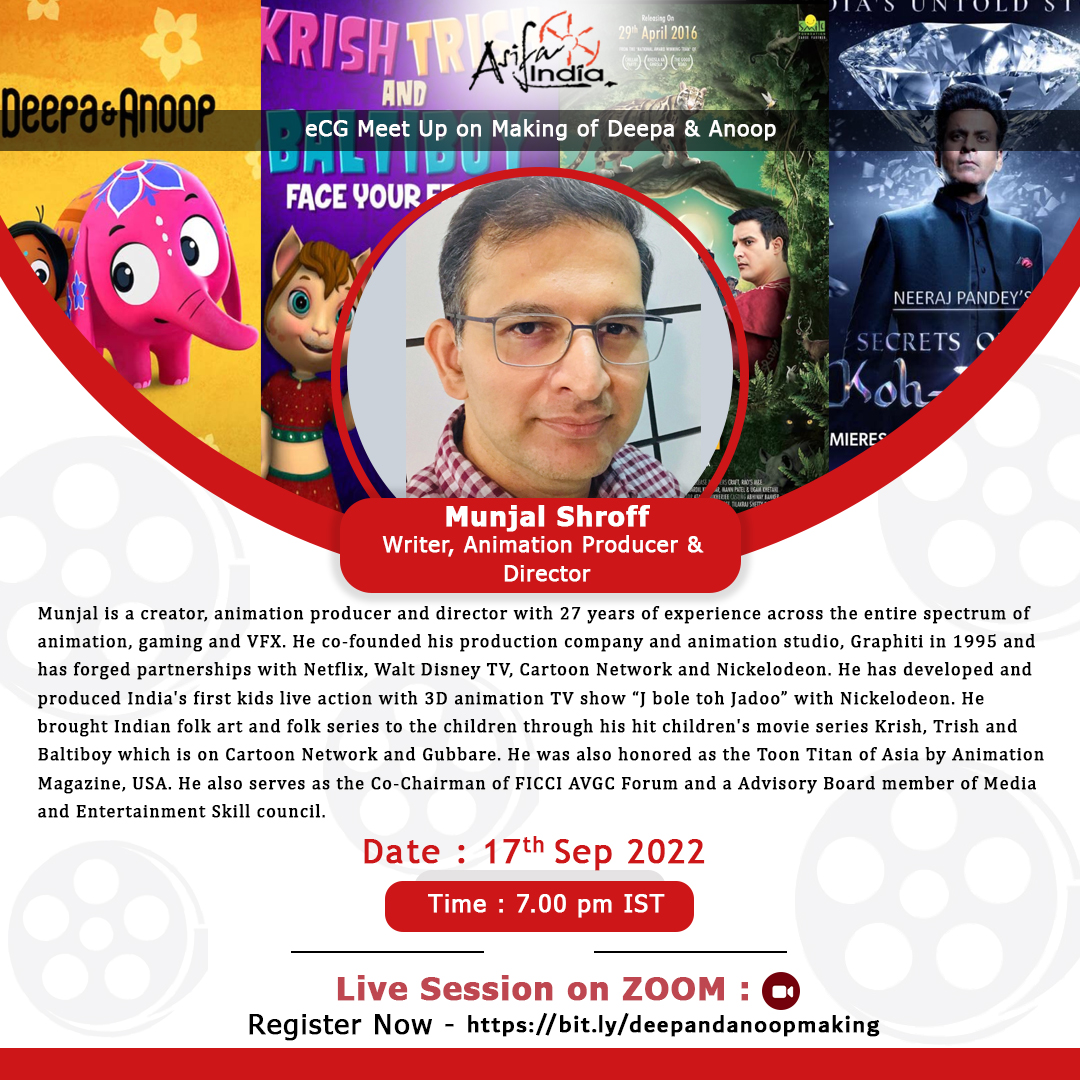 Munjal is a creator, animation producer and director with 27 years of experience across the entire spectrum of animation, gaming and VFX. He co-founded his production company and animation studio, Graphiti in 1995 and his passion for creating original content and understanding of the business of kid’s entertainment has helped to establish his animation studio as a content powerhouse. He has forged partnerships with some of the biggest names in kids entertainment including Netflix, Walt Disney TV, Cartoon Network and Nickelodeon and has also helped to put India on the map for Original content. He has developed and produced India’s first kids live action with 3D animation TV show “J bole toh Jadoo” with Nickelodeon. He brought Indian folk art and folk series to the children through his hit children’s movie series Krish, Trish and Baltiboy which is on Cartoon Network and Gubbare. He is also the creator of the animated series, YOM for Disney Channel. YOM and Krish, Trish and Baltiboy have been released by Netflix in 150 countries in multiple languages. His latest creation is the Netflix Original, Deepa and Anoop which has being produced by Mattel TV. It’s a music-driven series starring seven-year-old Deepa and her color-changing elephant Anoop as they “help” guests at her family’s bed and breakfast with her incredibly imaginative solutions.

His brilliance as a Creative Producer has led him to the prestigious project of creating the official YouTube Channel of 3D animated Yoga Video featuring a 3D Avatar of Honorable Prime Minister of India, Shri Narendra Modi.

His selfless contribution to the cause of producing original Indian content has won him many accolades and was also honored as the Toon Titan of Asia by Animation Magazine, USA.

He also serves as the Co-Chairman of FICCI AVGC Forum (Animation, Visual Effects, Gaming and Comics) and a Advisory Board member of Media and Entertainment Skill council. 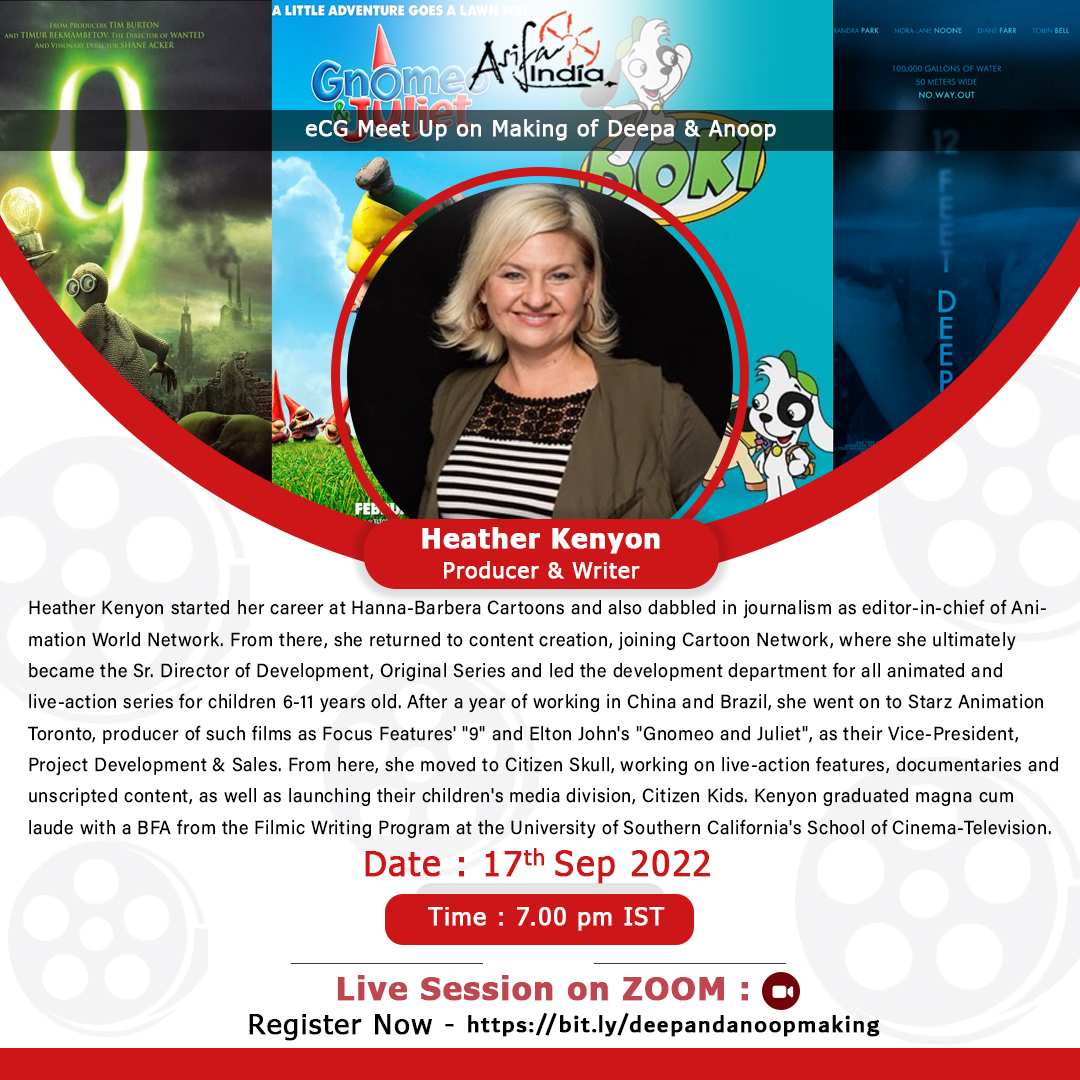 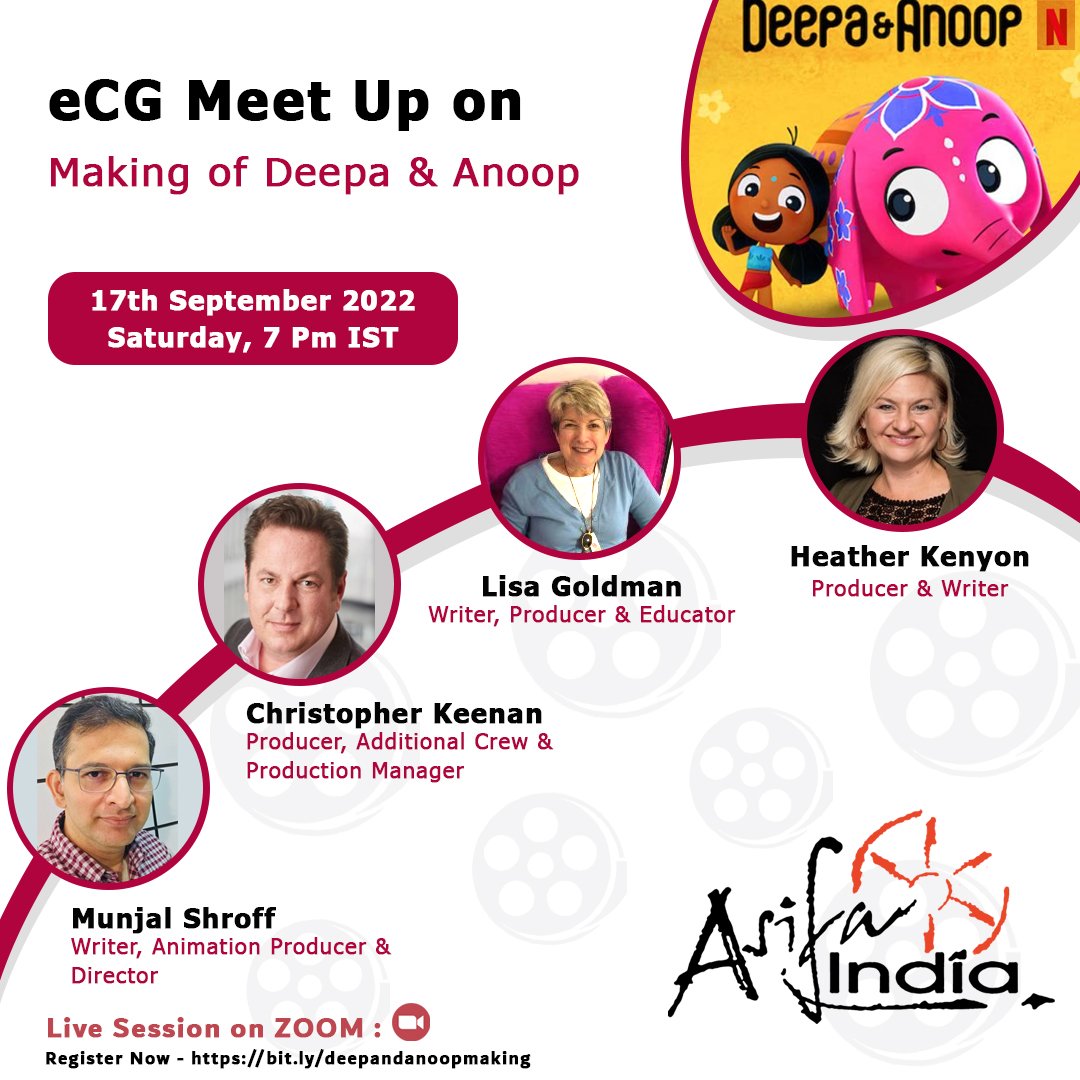